English is sometimes said to be unusually hard, with inconsistent spelling, difficult pronunciation, confusing phrasal verbs and other features frequently cited as reasons. It is also sometimes called unusually simple, lacking grammatical gender, declension of nouns, complicated conjugations and other problems for learners. I will talk about the way some of English’s unusual properties emerged in history. I will look at the processes of change in sound, vocabulary and grammar as a result of conquest from abroad and systematic shift from within; this perspective will give teachers a new way to understand (and perhaps also teach) English’s peculiarities. 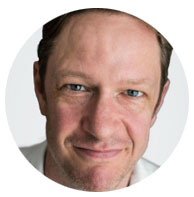 Lane Greene is the language columnist and an editor at The Economist, based in London. Previous assignments have included culture, European business, law, energy, the environment, and American politics. He is based in London, after living in Berlin and New York.

Greene is the author of two books, Talk on the Wild Side (2018) and You Are What you Speak (2011), and won the journalism award from the Linguistic Society of America in 2017. He is a former adjunct assistant professor in Global Affairs at New York University, and is a consultant to Freedom House, a non-governmental organization.

He received an M.Phil. from Oxford in European politics, and a B.A. with honors from Tulane in international relations and history, and speaks nine languages.

Greene was born in Johnson City, Tennessee and grew up in Marietta, Georgia. He lives in London with his wife and sons.